After the rumors that the new Honda CB1100X could be released this year, Honda recently confirmed that we must wait one year more due to the situation with Coronavirus. However, the more exciting news is that the mock-up pictures of the 2022 Honda CB1100X are available, revealing more attractive styling than we saw on the previous one.

According to the Japanese media reports, the new bike will feature a backbone-style frame and the 1,084cc parallel-twin Africa Twin engine, bolted to a tubular chassis. Generally, this engine is one of the potent on the market, providing an excellent performance. Here is what we know so far.

In terms of style, the forthcoming 2022 Honda CB1100X takes some cues from the CB125X concept shown two years ago. It features an almost identical angular shape but significantly broader, resulting in a more sporty stance.

The leading Japanese bike magazine AutoBy published some of the renderings, and the CX1100X features an adventure-style riding position with some of the Africa Twin off-road ability. First of all, we noticed the new backbone design frame built around the Africa Twin engine. Basically, it remained us on the chassis that we saw on the four-cylinder CB1000R. Besides, images also reveal radial calipers and a cast-aluminum seat subframe.

The heart of the new 2022 Honda CB1100X motorcycle consists of a very powerful configuration. This model features a 1,084cc Africa Twin engine that will likely to make around 100 hp and 77.5 pound-feet.

Compared to other models, the Honda CB1100X would be roughly on a par with the VFR800X. Many fans believe that Honda will offer an automatic DCT transmission as standard, but we think opposite.

Honda recently stated that the release date of the 2022 Honda CB1100X would happen next year. Due to the Coronavirus situation, many events are postponed until further notice.

However, popular Japanese magazine AutoBy published some mock-up pictures, revealing some details about the upcoming motorcycle. Pricing is still a mystery, but from some gossips, it could pass the $15k mark. 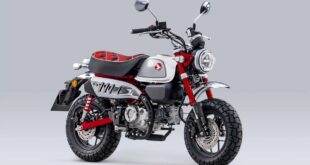